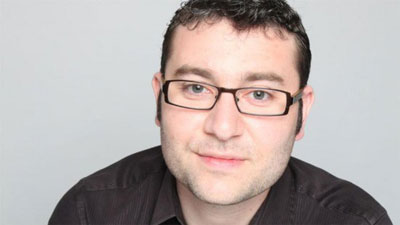 Start with the end in mind.

I had the privilege of attending Matt Roger’s talk today during our ETL lecture. He was the most engaging speaker by far, and I was inspired by his energy and ideas throughout the session.

Quick background check-in; Matt Roger’s the co-founder and VP of Engineering of Nest Labs, the startup that creates ‘thermostats and smoke detectors’. Despite its seemingly simple product lines, their mission is to reinvent the home automation system and revolutionise the lives of families.

I was entertained, inspired, and engaged with the speaker who had always wanted to work at Apple ever since he was 5. With a passion for technology, he went on to take up First Robotics in school and dabbled in a few other engineering projects. Somehow, he landed himself in The Internship that he’d always dreamed of – at Apple.

I loved how down-to-earth Matt is with his experience and wasn’t afraid to admit the mistakes they’ve made along the way, including wrong hires and wrong product decisions. He believed in the ecosystem that Apple provided – from crafting the best user experience via iPhones and iPads all the way to within the App Store, the end-to-end product that engages the consumer throughout. He described how Apple first focused on consumers, before eemphasising on educating, which I thought was very true. Convert then educate. I just found it interesting that being a former employee of Apple, he brought that innovative vision he has and the ability to ‘disrupt beyond a customer’s vision’ with him and got acquired by Google, which in contrast, is more consumer and data-inclined rather than being known for visionary (at least compared to Apple.)

I’m not saying that Google isn’t visionary though… since they do invest in companies (i.e hardware) that most VCs tend to avoid due to high risks.

He gave good advice on being around team members who are there to augment your weaknesses, thus it was extremely important to find team members with skill sets that complement you. The class also asked him about how money has changed his life thus far – as he described his ordinary day, it didn’t seem that he was any different from any of us. It was so important to not start a startup because of the money. ‘Don’t chase the money, chase after the people whom you’ll be working with.’

As he talked about the future plans for Nest, it was exciting to hear that he was coming up with new products. Another question posed in class was whether Nest was targeting offices and corporations instead. To which he said ‘Not at the moment’, as the reach they’re currently at places themselves at 250 million homes, where the potential in homes are still waiting to be tapped upon. It was insightful to hear how focused he and other co-founder envisions the company to be at the moment, despite the tremendous potential in other markets.

Despite being the self-proclaimed introvert he is, I was especially drawn to the fact that he believes that public speaking and making connections is something you can learn to do even if you aren’t someone who can talk well. And I was even more appreciative that he put in the effort to give his best for the talk, despite being introverted, and having a $3.2 billion company to manage.

Thanks for sharing your story, and for reminding us at the very end to not be afraid to take risks. I guess it wasn’t easy to leave your dream job for something else that you strongly believe in, to start from zero, and to give up the comforts of working in Apple. To dare to take risks is something that I forget very often due to the seemingly comfortable life that I’m leading currently.

‘Enjoy every step of your journey because you can never go back again.’