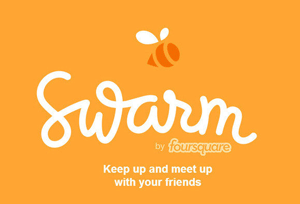 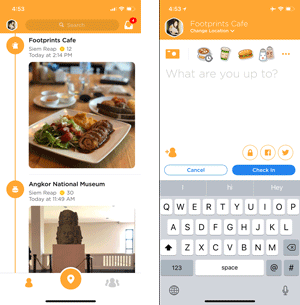 Swarm is one of my favourite apps that I use on an almost daily basis.

TL;DR: Swarm is an app that allows you to check-in to places that you’ve been to, essentially being your location diary. It was previously a feature within Foursquare, but they extracted out that function to create the Swarm app.

For me, a well-designed product has to fulfil 3 key considerations: Utility, Usability and Desirability.

Utility
For me, I want to be able to keep track of places that I’ve been to. They pretty much solved my problem by allowing me to check in to places easily with a tap, and also allow me to save check-ins offline in case I don’t have internet connection. This was pretty handy for me when I was trekking in Indonesia early this year. That was when I thought their product was well thought out, to even cater for offline use cases. What if I’m trekking Mt Everest and have no internet? What if I’m travelling countries without good internet? I can still save my location under ‘offline conditions’ and check-in later!

Saving my location so that I can check in later when I have internet!

The map view is a huge plus point for me over other apps that could allow you to check-in to locations too, like Instagram, Facebook, Google Maps — it gives me satisfaction to be able to see how much of the map I’ve travelled, and zooming into specific countries gives me the specific places that I’ve checked into. I’ve relied on this feature countless times when re-counting my travel experiences with my friends.

Swarm’s map view which I gives me a very useful visualisation of the places I’ve been to.

Also, it provide you user reviews from Foursquare, which gives it a nice additional value of checking out other people’s feedback about that particular place that you’ve checked into.

Usability
Swarm is very usable, navigation and user interactions wise, it’s really quite streamlined and simple. It’s a really functional app with no frills, serving value straight to the point.

Coins animating around after you’ve successfully checked in, giving that delightful experience of winning a jackpot. 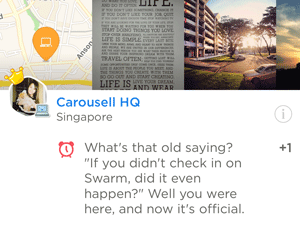 Currently holding down the fort as Mayor of Carousell.

Whoever their content writers are, I have to say I get pretty delighted by their witty and interesting copy.

Swarm serves a very specific use case of logging down places one has been to. And I love that it solves a specific problem very well. However, it could also possibly end up like Timehop, which served also one use case of ‘checking back your memories’, and later on had its growth decline when Facebook introduced ‘On This Day’ in March 2015, as they did not further innovate to engage more with its user.

Timehop’s App Store rank has been declining since March 2015.

How can Swarm potentially improve?

These are ideas that I thought of as I use Swarm pretty often.

1. Value-add to existing solution: Attaching videos to check-in
I wish I could attach videos to Swarm, because sometimes I want to look back at videos of say, my surroundings. Sometimes videos speak more about places than pictures can!

UPDATE: Just a few days later after I wrote this, we can now upload videos to Google Maps! (with iPhone) 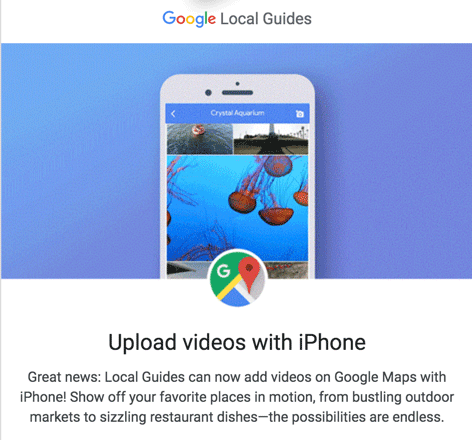 2. Offer discounts to users who checked in at businesses.
It could further add value to both the users and the business, if it introduced an integration with merchants to give specific discounts for people who checked in. The discounts could be tiered, in that the user has to check-in 3 times for a 5% discount. This way, it incentivises the user to go back more often, and allows the business to get repeat customers. Could potentially be integrated with Foursquare to encourage users to leave reviews to generate value for other users and the business.

3. What’s with Coins?
Coins serve no value for me actually. When coins was initially introduced, I had thought that coins could be used for discounts if I’d checked in to the different places. Sure, I can use Coins to upgrade my stickers, but sticker upgrades aren’t that big of a deal for me. Hence, tie back Coins concept with the above idea.

4. Allow user to insert a check-in between check-ins!
Sometimes I forget to check-in at certain places, and I’ve already checked in at another place. Swarm currently doesn’t allow for me to insert check-ins, or check-in to a place at a particular time (I wonder why.) Having such a feature would allow me to be able to log my places much more accurately!

I introduce Swarm to almost every friend possible, and generally feel that it solves the problem of location logging very well. Combine the solution with a delightful and seamless experience, and you have won a space in my phone’s homescreen!