It’s been the most exciting year, discovering this thing called ‘startup’, venturing to the USA for a year living independently, working and trying to discover more new experiences. I feel like my life has only just started recently.

As a poor student with no money, I didn’t travel anywhere this Christmas period, except doing a little solo travelling to super gorgeous places, which I wish I had discovered earlier.

I went to Half Moon Bay - it was quite an impromptu decision, having only deciding to do it the afternoon I thought I shouldn’t be spending my day in a cafe.

I lingered around the beach. 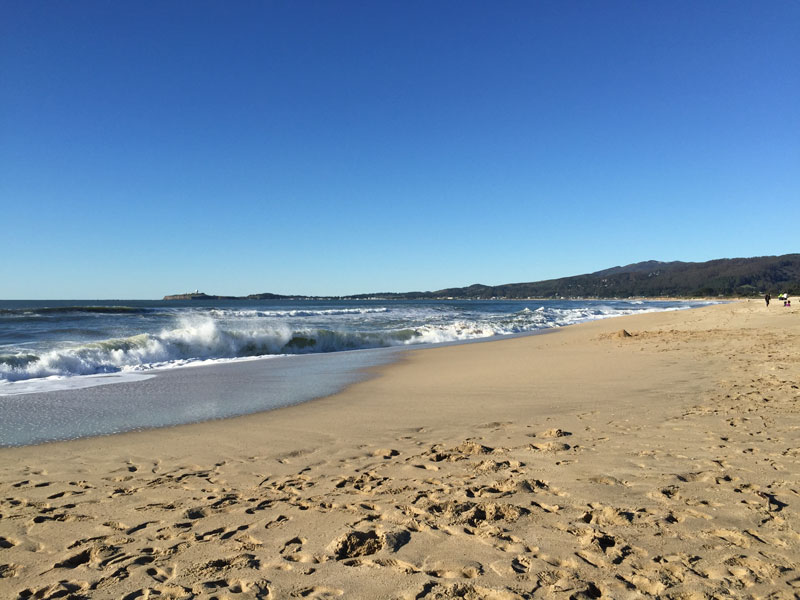 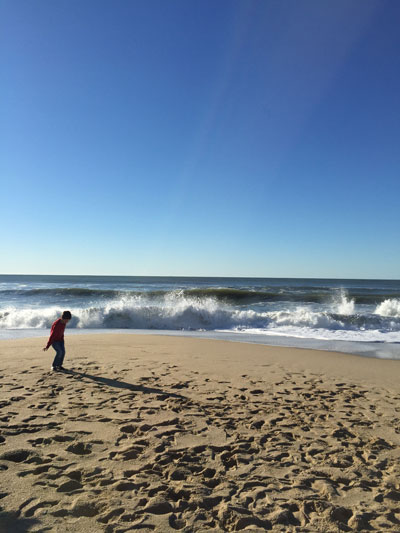 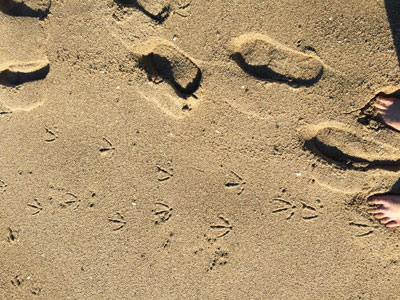 And explored Main Street. It’s quite nice to walk around the streets with a hot cup of latte in your hands… 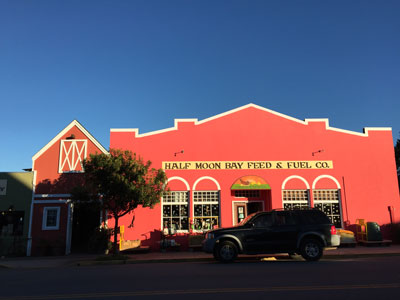 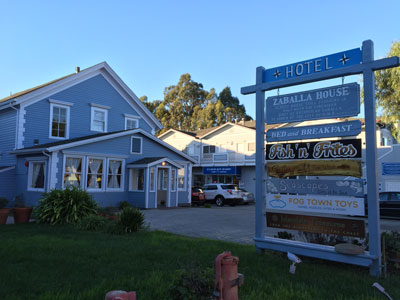 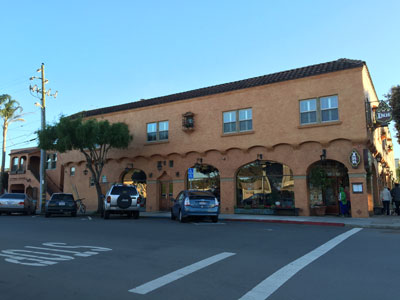 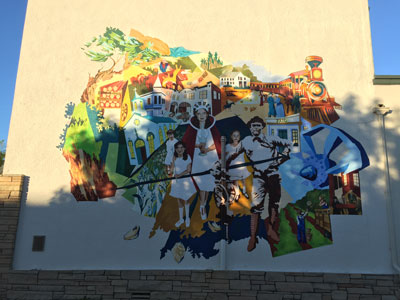 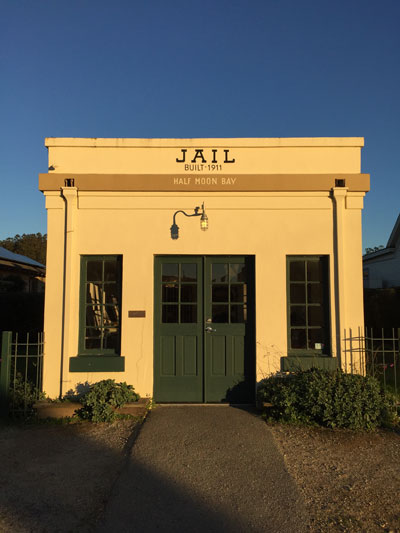 This jail only contained an office and two jail cells. It’s now transformed into a mini museum, but it was closed when I was there. 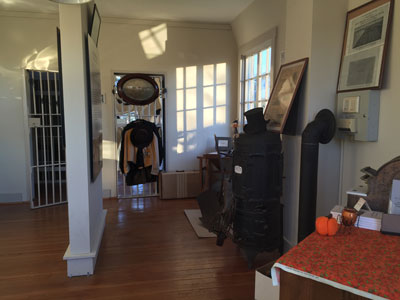 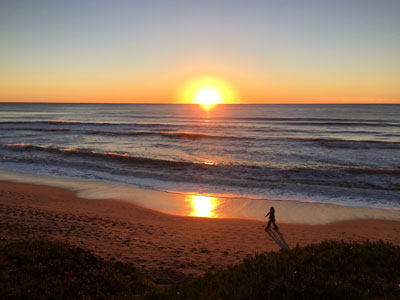 This was the first time I saw a sunset, and stayed long enough to see it set below the horizon. The colors in this photo aren’t able to do the sunset justice…

The next day, I went to Sausalito, just north of San Francisco. The whole drive took me about 2 and a half hours, which I should’ve known better than to head up on a weekend afternoon. 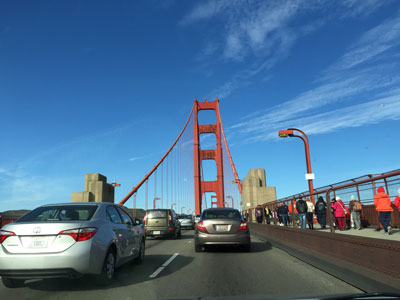 Getting stuck on Golden Gate Bridge for over an hour. 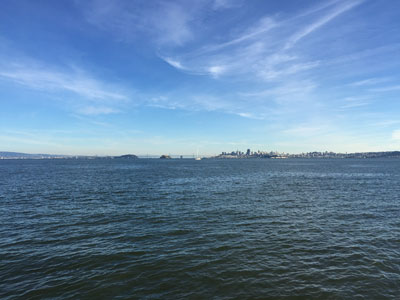 Sausalito is this tiny seaport village with only about 7,000 population. It has a very similar feel to Fisherman’s Wharf. People usually rent bikes from San Francisco, cycle across the Golden Gate Bridge to this little town, and take the ferry back. 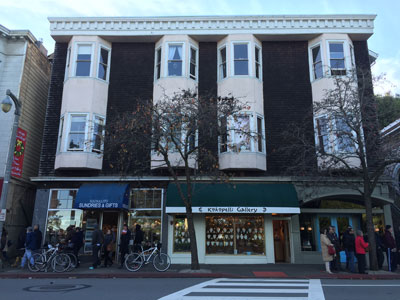 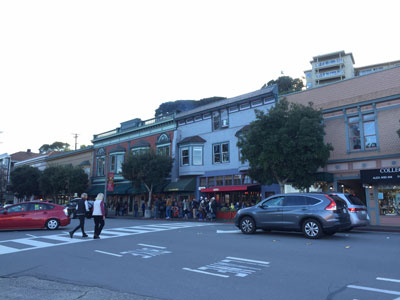 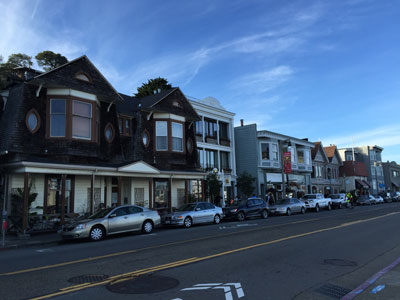 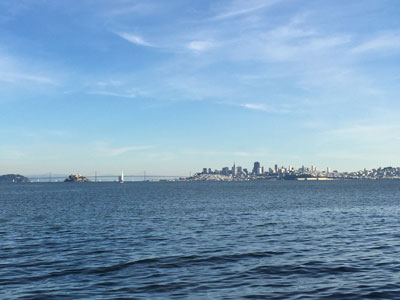 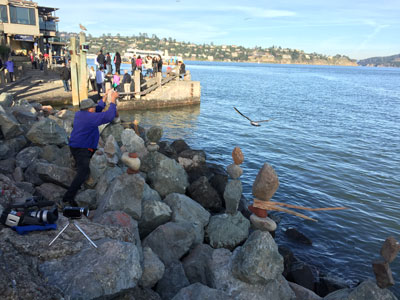 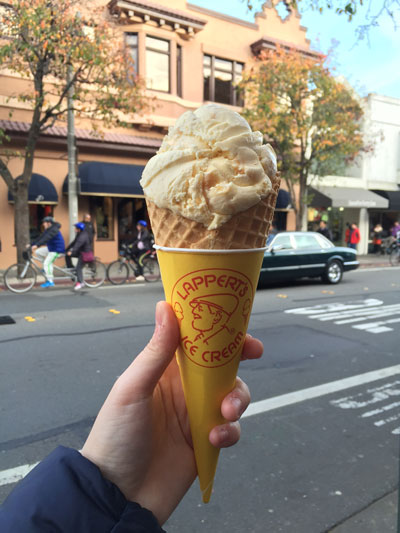 It was a pretty cold day but I saw lots of people eating ice cream, so I joined in.

After walking around for a while, I got kind of bored and decided to go Hawk Hill, which is within the Golden Gate Recreational Area. 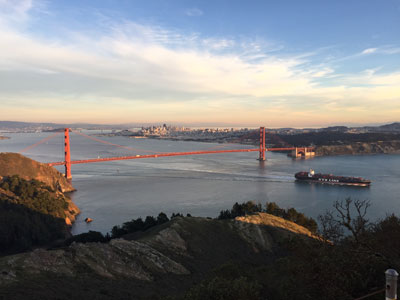 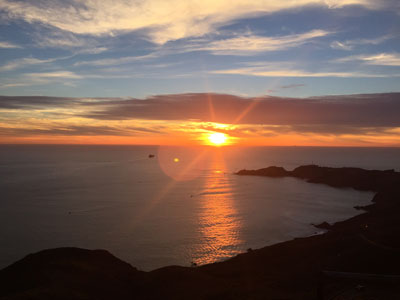 And I was in time for another amazing sunset. Two sunsets in two consecutive days - I’ve always seen people post sunset photos online and couldn’t understand how gorgeous they were, until I saw it with my own eyes. 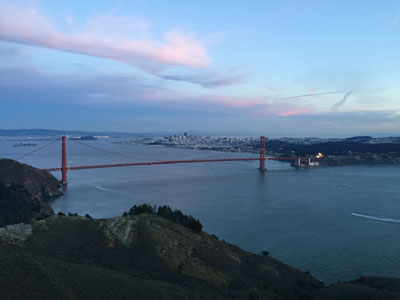 Golden Gate Bridge after the sunset.

The day ended with me getting stuck in Downtown San Francisco traffic for about another hour trying to get out of there. Lesson learnt.

Travelling alone and with people are two very different experiences - the personal time to myself lets me reflect about my own time here for the past 5 months.

There were difficult times, but there were also fun times too. Inspiring times, such as Startup School, company visits, speakers during classes. Interesting Hackathon experiences and meetups. Grateful to seniors who’ve also played a part in making my life so much easier.

I’ve pretty much spent the past 5 months in a whirl, which makes me kind of wish that I’ve taken things at a slower pace. There’s so many more exciting things to do, explore, discover, and learn.