I wanted to be one of the first to get my hands on it.

Unfortunately, being here in Singapore means I don’t get first dibs, and I wallow in envy reading tweets of the lucky ones who got their hands on the pairs that got snapped up pretty quickly.

Which I think is exactly what Snap wanted me, as a user, to feel.

It’s been less than a week since Snap’s launch of Spectacles, their first venture into hardware and their 2nd product offering besides Snapchat. I’ve been following its pre-launch for a bit and I initially thought Spectacles was going to be a usual online launch, where I could get my US friend to pre-order. Something like an Apple hardware launch.

Until the day when the first Spectacles vending machine landed itself at Venice Beach.

When people were frantic on the morning before they announced the location of the 2nd vending machine, it’s evidently a successful product launch.

Snap knew how to tap into FOMO.

People who were afraid of missing out knew to go the website to find out the next location. With the scarcity factor at play, users like me felt so left out of the whole Spectacles hunting saga.

Being the most popular social media choice of millennials, they marketed Spectacles as a super cool, elusive product that will get your friends to envy you should you lay hands on it.

Snap knew to rely on its users for WoM.

Users were generating buzz on Twitter. It was essentially free WoM marketing for Snap as users tweeted non-stop about Spectacles. Someone even created a notification system to ping you when the next location is released. 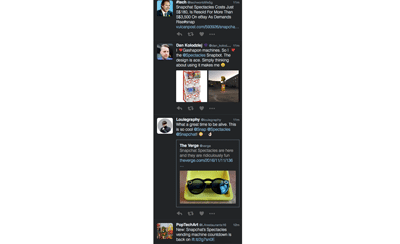 The first location at Venice Beach probably landed the pairs in the hands of the cool beach-goers. The second drop at Big Sur was assumed to be Snap bringing its users to make a little scenic drive to the beautiful coastal seas. Users who travelled to Big Sur just to get a pair of Spectacles practically YOLO-ed and lived life in the moment. Even if they didn’t manage to get a pair, they were well treated to the beautiful sight of Big Sur.

It fits Snap’s vision so perfectly.

Being a technology company, it’s so important to keep yourself relevant to your users (and non-users), especially when the technology scene is ever-evolving. Snap has not failed to excite its users, and at the same time stayed true to its purpose. While there are comments on its durability as a hardware product, I think it’s great brand positioning as keep things fun and casual, and a positive next step to keep us wanting more. 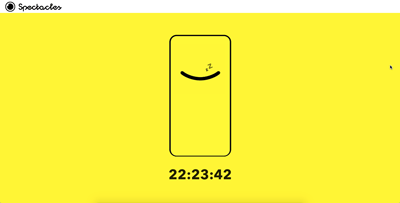 Where will the next location be?