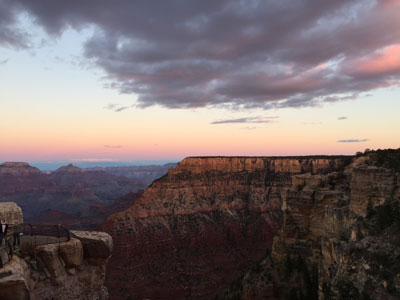 I had the opportunity to go Las Vegas just over last weekend.

If you know me, Las Vegas is probably the last place you’d think I would visit – the stereotype of the luxurious sinful life of vices, drugs, smoke, gambling…

Nevertheless, it was an eye-opener and at least helped me to re-affirm the fact that it’s not the type of life for me? In any case, our main purpose there (or at least mine), was to take part in the Money 20/20 hackathon. And not forgetting that despite all its adult entertainment, Las Vegas has a gorgeous night view at the Strip and also super pretty places to visit in the day. 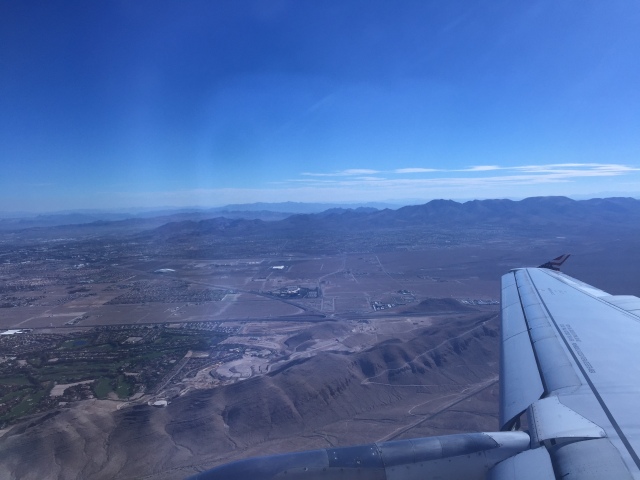 Upon reaching, we headed to Mon Ami Gabi, a French bistro to have lunch before checking into Wyndham Grand Desert Resort.

Extravagance – being the only female I had a whole room to myself, while the rest squeezed in a smaller room. I had a king sized bed to myself complete with an open bathroom with a bathtub. Felt kind of bad … but I can’t deny that it was 5 comfortable nights.

The view from our accommodation.

If there’s something you have to do at night in Las Vegas, it would be to visit the Bellagio Fountains. They have dancing fountain shows, so be sure to catch it. It’s super breathtaking.

Another show with fire spewing turrets.

While we walked around on Halloween night, almost everyone was in costume. Saw quirky hilarious ones to obscene ones. Kind of regretted not getting a costume.

My first proper visit to a night club. It was so antagonising.

This was my first proper hackathon. I’ve previously been to Protohack, a hackathon for non-developers, and it was a pretty lacklustre experience. So I was pretty much looking forward to build a proper product this time round…

With no good ideas of my own, we ended up with Drone Shark, a pretty simple idea of my teammate’s where you pay to send a drone to your friend to get back the money he or she owes you. I think it was the live demo that made the whole process fun.

Being the non-coder of the team, I kind of felt bad that I wasn’t able to contribute as much. Whenever I asked how this and that works, my teammates would jokingly say it’s ‘magic’. But of course, they did ultimately go through the process with me as to how it works and I did gain a basic understanding of pushing codes now. 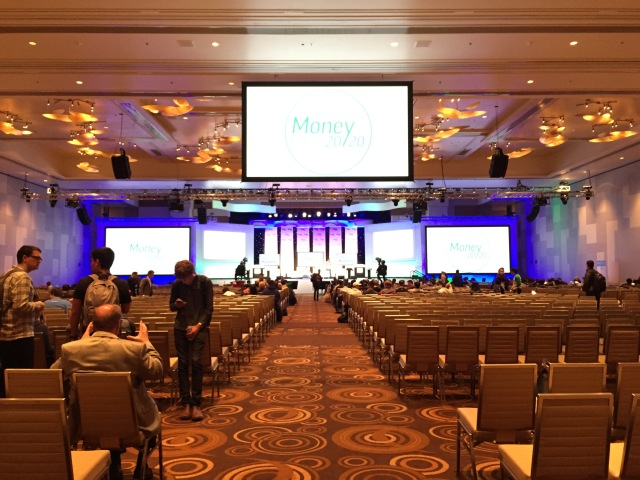 Somehow we got into the finals. In the end, we didn’t win anything, but it was a super fun experience trying to make something work. Makes me wish I could’ve known more programming skills beforehand. Lots of respect for engineers :)

Had Gordon Ramsay’s BURGR for dinner, which I have to admit was just decent and not that amazing. 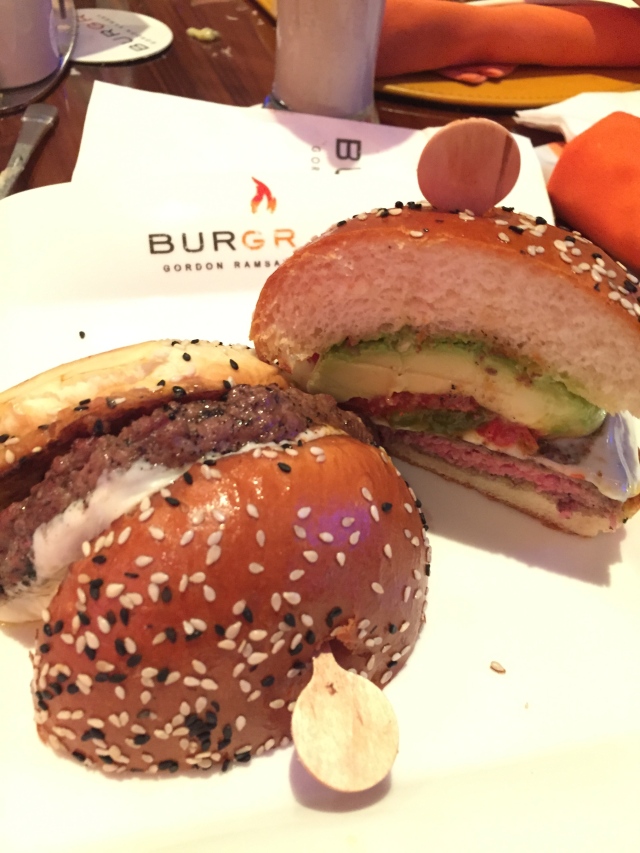 I went with the Hell’s Kitchen burger, because it had avocado in it.

While places had iPads for payment, this was the first time I visited that had an iPhone for you to input feedback.

Hoover Dam, previously known as Boulder Dam, had its construction cost over a 100 lives.

The dam is built just between the borders of Nevada and Arizona, so crossing the boundaries meant an hour’s difference in the time zone we were in. So on our way to Arizona, we lost an hour but gained it back on our way back to Las Vegas. 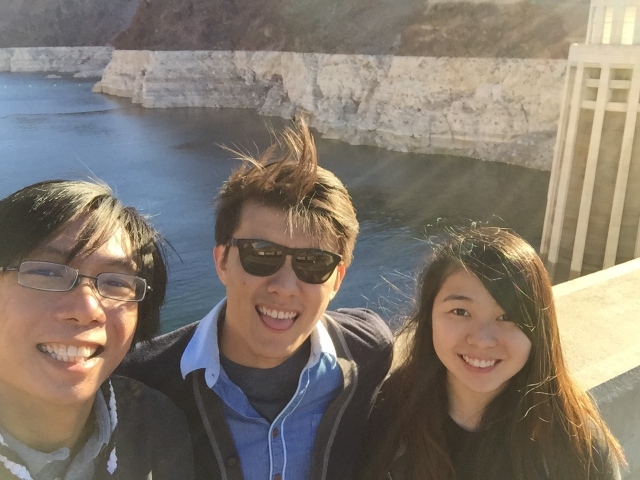 While the three of us were taking photos, little did we know the other 2 of our travel mates were being interrogated by the officers due to the flying of the drone around the area.

Our next stop was Meteor Crater, created about 50,000 years ago. It’s roughly 1,200 m in diameter, and about 170 m deep. During the 1960s, astronauts used the area as a training ground to prepare them for APOLLO missions to the moon. 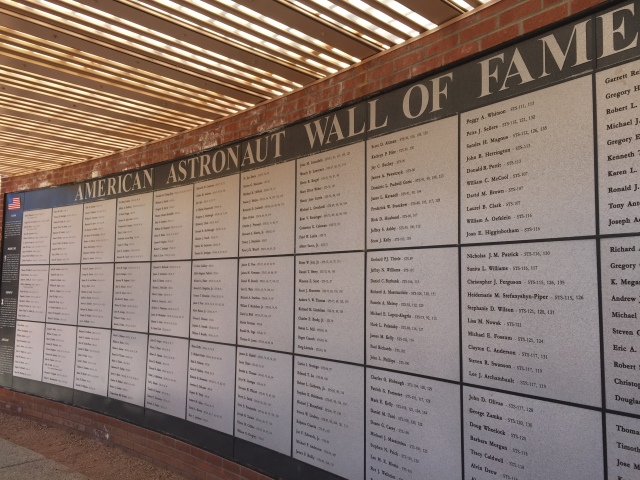 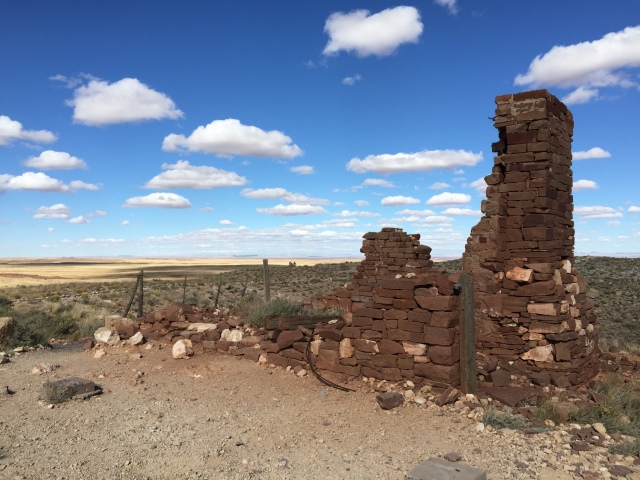 The remnants of a building. 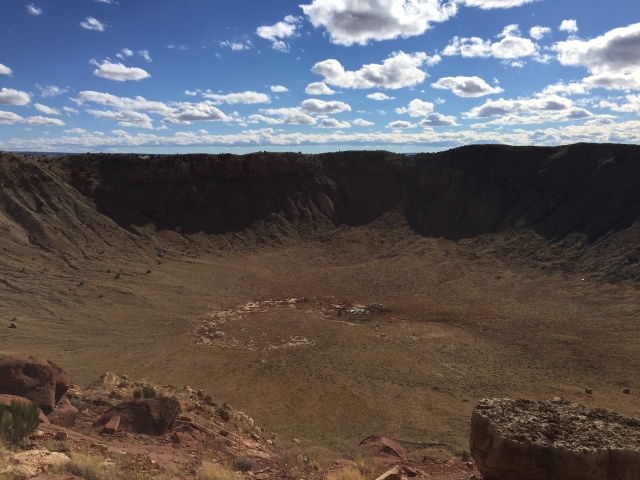 The crater, which was so huge I wasn’t able to take a full photo of it. 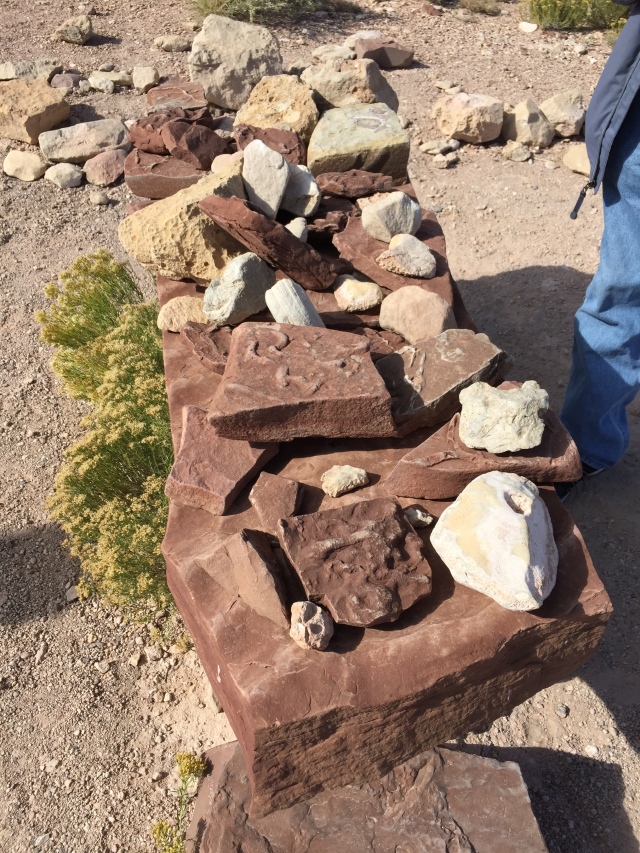 We were shown some fossils that were found in the area too.

After the trip, we headed on to the highlight of the day – Grand Canyon. A pity that when we reached there, we only had about half an hour before the skies turned dark. It was freezing cold, so cold I think it was the coldest I’ve ever felt in my whole life (save for the mornings here, which are super cold too). It was painful to even take my hands out of my pocket to snap some photos. It was made by the Colorado River that cut through this area; it’s about 446 km long, up to 29 km wide and attains a depth of over 1.8km.

Super beautiful sunset which was blocked by the trees. Definitely a place I’d love to visit again when I have the time.

The next day, it was pretty free and easy, so we visited a few random places, such as the Ethel M Chocolate Factory. Go early to see them make chocolates – if you go at about 5pm you won’t be able to see anything.

Despite gambling being a form of ‘unhealthy activity’, I have to admit that the casinos and hotels are a sight. Each of the hotels (and its respective casinos) followed themes and were decorated accordingly. 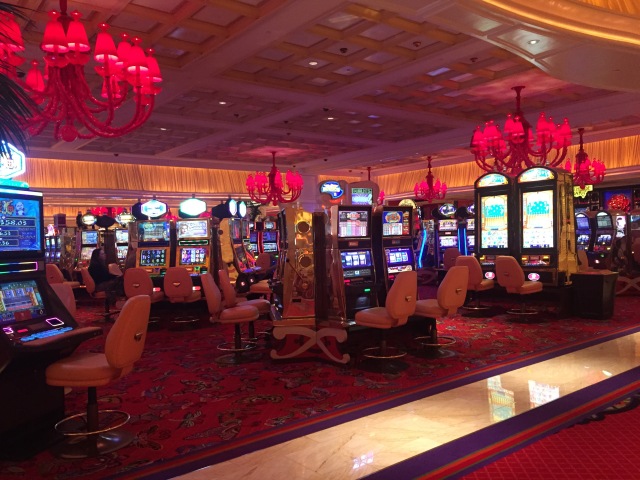 Wynn Theatre, one out of the many theatres with ongoing shows and performances.

On the day of our flight – we visited Zappos in the morning.

I’ve always been a huge fan of Zappos, mainly because of one of their core values, which is to Deliver WOW through customer service. I feel that it’s important to provide exemplary service to your users, and I’ve been very inspired by the book Delivering Happiness by Tony Hsieh too. I was impressed that the tour guide who brought us around actually knew the company’s core values by heart – this already shows that its employees are very much involved with the company culture and they play a huge part in exhibiting the very values in their behaviour. Lots to learn from a company that insists on not outsourcing their core proposition. 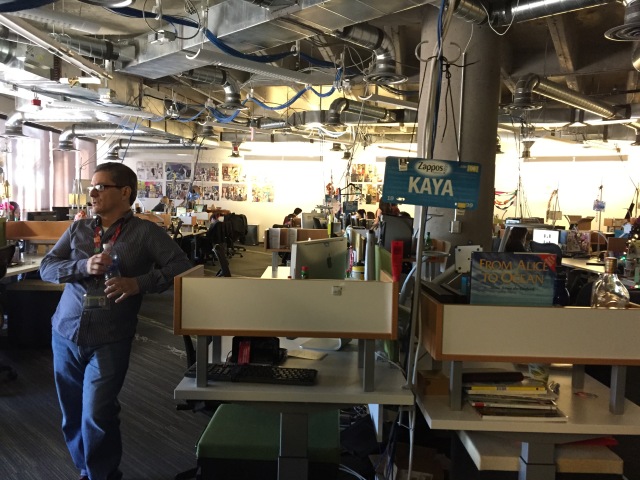 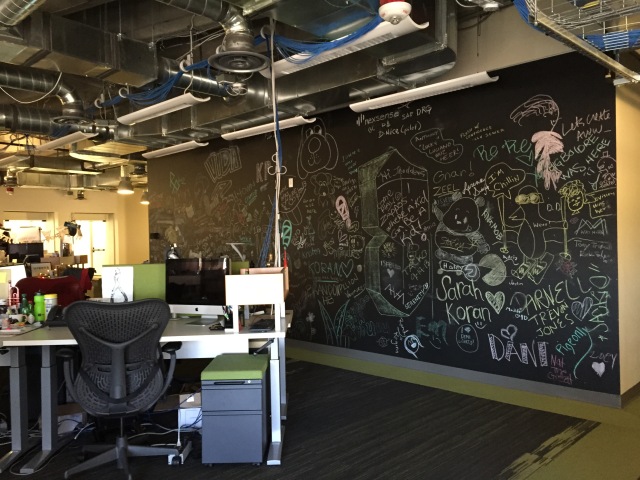 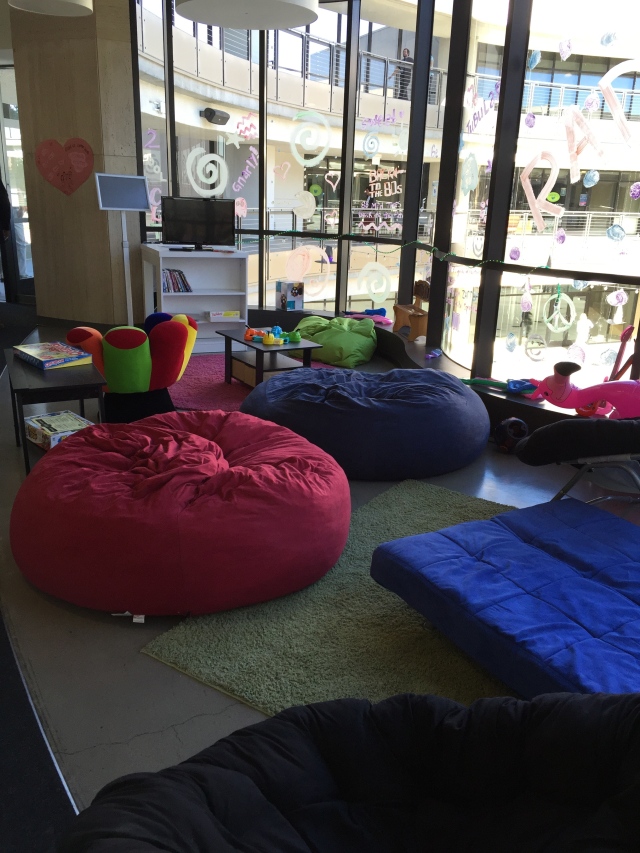 Each level had this space where they could design their ‘fun space’ according to whatever they liked.

Each employee had a ‘car license plate’ with their name on it – and the sticker number on the top right hand corner actually denotes the number of years that they’ve been working with Zappos. Pretty cool stuff!

Love the open culture and freedom to design your workspace in whatever ways you want… but I don’t think it’s the kind of workspace I’d like to work in – it’s a little too disorganized for me.

Ended the trip by almost being late for our flight back to SF, when we reached the airport and passed security check just 15 minutes before our flight departed.

Started this trip with apprehension due to LV’s status as Sin City, but I actually miss the place due to its scenic surroundings and lovely night view.